Teacher says she has a right to “dislike blacks” 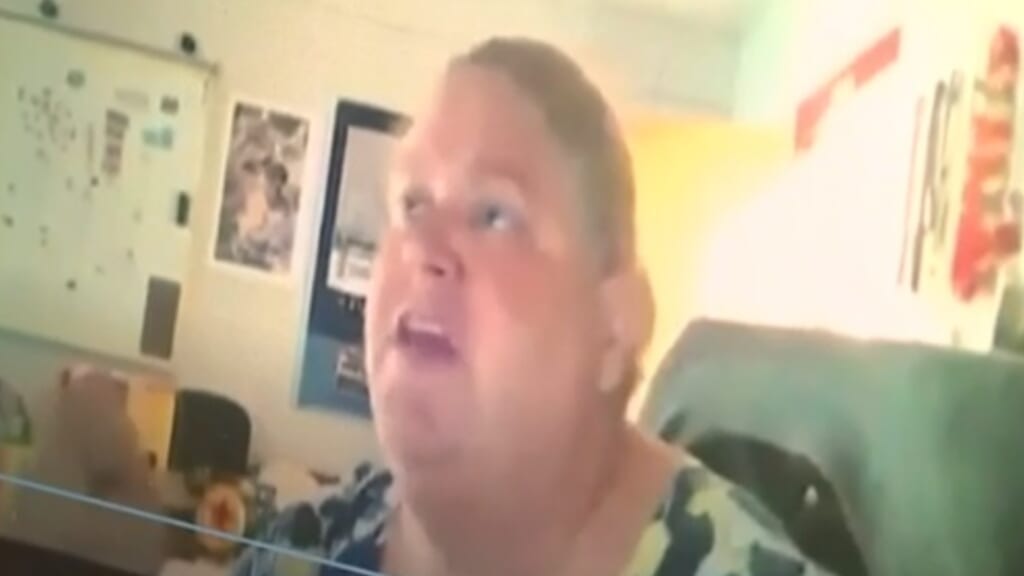 A white Florida teacher is out of the classroom for saying she was entitled to “dislike blacks” since she was attacked by a gang on a train in Atlanta as a teen, school officials said.

Video of the exchange between Tracey Brown a white social studies teacher , and students at Poinciana High School in Kissimmee shows one teen telling her that some black people live in communities where cops “do not treat  them right” during an online class Monday. “Do you understand?” the student then asked, setting Brown off, the video shows. “Stop right there, David,” Brown replied. “Stop! I want to be very clear. What you don’t know about me could fill a friggin’ swimming pool.” Brown then told the students she was attacked when she was 16 while riding a train in Atlanta by a gang that “used the language of blacks,”

“I have as much right as anyone else to dislike blacks for what happened to me,” Brown said. “So, you don’t get to preach to me what I do and don’t know.”

Brown later added, “However, I’m a little bit more educated than probably the average member of that gang put together, even when I was 16. Because I was in school, and I read, and I talk to people. And I was raised [to know] that skin tone is nothing but pigment; it has nothing to do with who you are on the inside.”

Brown has since been removed from her classroom pending an investigation by the school district.

I was told to take to twitter so the link for a disciplinary action petition as well as the school’s contact page are in my bio.

The teacher’s name is Tracey Brown and I go to Poinciana High School pic.twitter.com/c38HI8Xzo8

is no longer on air. Due to my current health issues I am ceasing all radio, marketing and promotion services.Thank you!

What is this man smoking? #BidenWorstPresidentEver

President Biden on Wednesday defended his record during his first year in office, saying he "didn‘t overpromise,...

Comprehensive up-to-date news coverage, aggregated from sources all over the world by Google News.

Open SmartNews and read "Hannah Tubbs: Outrage after woke DA says trans woman who raped girl, 10, will be charged as JUVENILE" here: #recallgascon
To read it on the web, tap here: https://share.smartnews.com/NwwBt