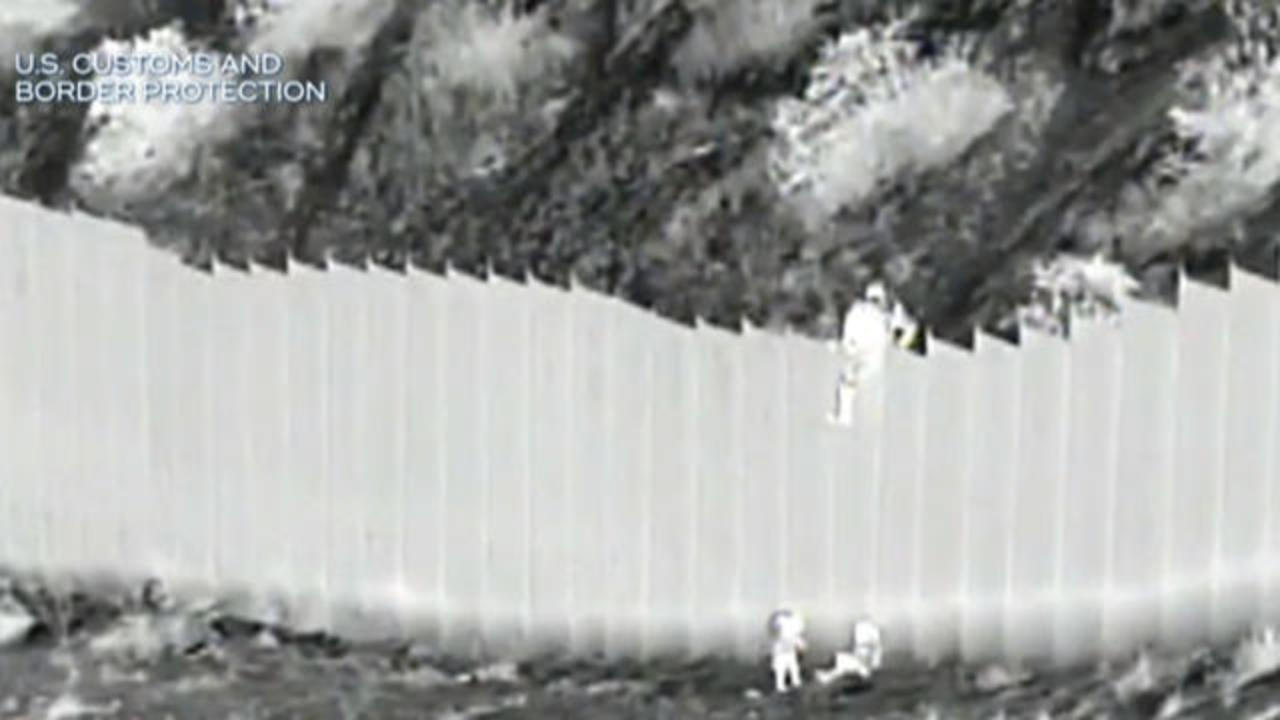 The USA is being punked! This government is letting a mass illegal immigration invasion take place and doesn’t seem to have the BALLS to deal with it in a way that sends a message that these coyotes and migrants will understand.

So now we have 2 children dropped over a wall as if to say HERE take THAT, and all these migrants just bum rushing the border because they can apparently. That may pull on a few heart strings but not mine – its SUBVERSIVE  and MANIPULATIVE and ILLEGAL!

The USA needs to Just say NO, but say it like this – KEEP YO ass where it is unless and until you can legally migrate here PERIOD!. These people are literally breaking the law and the Government is enabling it. No more camps, no more food, no more money- SSI, Snap, drivers licenses NONE OF IT!

The 2 lil black boys Orrin & Orson West I’ve been covering, have been missing more than 100 days, but somebody throws 2 kids over a border wall and within 2 days they find their mother who has already been here somewhere living illegally and are being reunited.. So much money and resources going to law breakers instead of American citizens.

Why more people aren’t bothered by this I have no idea. It is affecting all of us, especially the border states. And another thing, why does the media seem to blame Joe Biden or Trump for that matter for these migrants being CRAMMED in detention facilities- I saw a tease for a story and the SO MISTREATED ILLEGAL MIGRANTS were playing soccer in the Background- I think my point is WHY ARE THEY BLAMING THE U.S when they dropped themselves and their kids off, nobody asked them to impose upon our border.

AND 100% GUARANTEED – IF TENS OF THOUSANDS OF BLACK MIGRANT FACES WERE AT THE BORDER NOBODY WOULD GIVE AF- AND THEY WOULD BE SENT AWAY SO FAST IT WOULD MAKE YOUR HEAD SPIN.

I am a native Californian and I remember a couple of decades ago when California just opened up and you would see 100’s of day laborers at every home depot etc. This was when rich white California wanted their homes built cheap, their fruit picked cheap and of course their lawns manicured weekly. It literally seemed like the state was importing slave labor for many years.

The situation now at our borders far outweighs any from that era. It is entirely out of control & Biden/Harris need to put a stop to it.  Send them ALL Back and expeditiously! Stop wasting resources that should be for Americans, on non-citizens!. They may not be able to build a wall but some electrical fencing and snipers should be a deterrent – and the fact that they will be turned right back South from whence they came. Do We Want Mexifornia?

Excerpt: Thousands arrive illegally from Mexico into California each year —and the state is now home to fully 40 percent of America’s immigrants, legal and illegal. They come in such numbers because a tacit alliance of Right and Left has created an open-borders policy, aimed at keeping wage labor cheap and social problems ever fresh, so that the ministrations of Chicano studies professors, La Raza activists, and all the other self-appointed defenders of group causes will never be unneeded.

The tragedy is that though illegal aliens come here hoping to succeed, most get no preparation for California’s competitive culture. Instead, their activist shepherds herd them into ethnic enclaves, where inexorably they congeal into an underclass. The concept of multiculturalism is the force-multiplier that produces this result: it transforms a stubborn problem of assimilation into a social calamity. By Victor Davis Hanson

This has been my JADED Opinion. You are welcome to yours- Just not HERE!