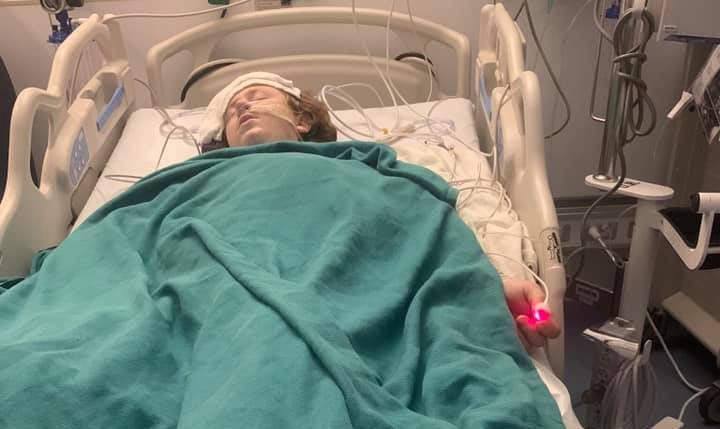 Golda Barton said she called police to request that a crisis intervention team transport her son, Linden Cameron, to a hospital for treatment as he was having a “mental breakdown.” Barton said Linden has Asperger syndrome. She had just returned to work for the first time in almost a year and said that her son suffers from separation anxiety. In the 911 call, Barton immediately asks for a Crisis Intervention Team and tells dispatchers that Linden has had violent tendencies in the past an had possibly threatened to shoot one of her co-workers. Barton says she told police her son was not a threat just acting out, but, Salt Lake City Police Sgt. Keith Horrocks  said in a news conference that officers had been called to the area because a boy was having a “psychological episode and had made threats to some folks with a weapon.

“When police arrived, Barton said her son ran away. Minutes later she heard someone yell “get down on the ground” three times, followed by several gunshots. One officer fired nearly a dozen times at the boy, severely injuring him. “Show me your hands!” the officer continued to yell after Linden had fallen to the ground. “I don’t feel good,” the boy said. “Tell my mom I love her.”

This is body-worn camera footage from the Officer-Involved Critical Incident which occurred on September 4, 2020. The video begins when the officer activated their camera. The video is stopped after the shooting occurs in order to protect the privacy of the juvenile who was shot. There are redactions in the audio of the video to protect the privacy interests of the juvenile. In 3 of the videos the officers gather to have a conversation, they mute their audio as per state law prior to turning the audio back on. This occurs approximately 10 minutes into the videos. No weapon was reported found at the scene.