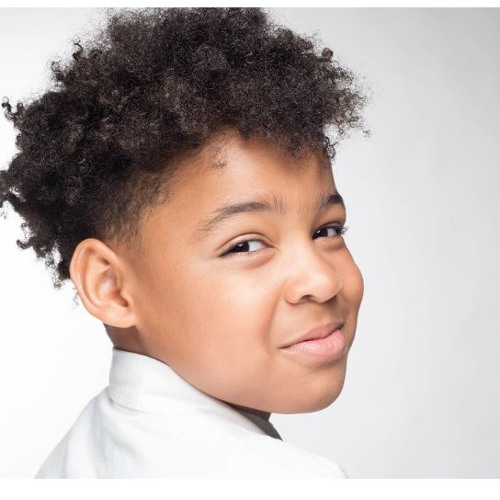 At eight years old he co- hosted “The Queens Youth Musical Festival” alongside actor Jaleel White. Adding to his list of accomplished catalog River Mason Eromosele was requested and walked  EGOT winner Rita Morna down the red carpet at the Bronx Children’s Museum. In which, gave River the access to be interviewed by News Channel 12, Oprah Magazine, and People Magazine. Converting into a notable socialite on the east coast,  River has attended immeasurable red carpet events. He has walked the red carpet for major motion pictures such as “The Missing Link” premiere and “The Lego Movie 2” premiere.

River has been featured on the cover of countless magazines: Mallae Kids Magazine, Wildchild Magazine, LWL Magazine, Full Blossom Magazine, Glam CEO Magazine, Fashion Gxd Magazine, Kids Play Magazine, and CEO Kids Magazine. For his contribution in the arts his hometown of Newark, New Jersey a dedication to him is plastered alongside “Newark School of the Arts” presented by the Mayor of Newark Raz Baraka. River has earned the consistent support of vast celebrities such as Beyonce’s wardrobe stylist Ty Hunter, Shaun Ross, Patricia Field, Kelly Rowland, Fatman Scoop, among others. Adding to the success of  River  has been featured on numerous blogs ranging from: The New York Post, Huffington Post, The Source Magazine, Madame Noire, Pix 11, Rolling Out, Black Celebrity Kid, Buzzfeed, On Mogul, Medium, Hueish.com, Thrive Global, and WorldNews.com.

In 2019, River MAson Eromosele published his first children’s book. River Mason Eromosele’s international book “The Sky Is The Limit” is on its way to being a best seller. River sold close to two thousand copies in its debuting week. All-in-all selling 1,868 physical copies and 102 E books of his book through social media platforms. The children’s book is sold and distributed in the retail chains of Walmart, Barnes & Noble, Indigo, Amazon. With the continued  success of “The Sky Is The Limit ” River Mason Eromosele is set to be a positive example for adolescents of all ages. The innovative book sets the bar for children to live their dreams at any age because the sky is truly the limit. His book was celebrated on The Quintessential Gentleman, Fresh Kid Nation, Enspire Magazine, Business Mogul, Medium, and Art2lecual.

In February 2020, Pilar and River set out on a press tour for their new children’s book “The Sky Is The Limit”. The first leg of their tour landed them on IheartMedia – Chicago “Lunch with the Brunch”, 92.3 Soul FM, and 106.3 FM “Intellectual Show”. Pilar & River’s story  went viral landing them features on ABC News, Boston Herald, International Business Times, The Star Tribune  and News Break. Which caused their social media reach to escalate to over 150,000. The dynamic mom & son duo isn’t stopping anytime soon.

(Courtesy of and in Conjunction with)

CEO ,
T.West Public Relations
(347)- 601-8230
Share
Facebook
Twitter
Pinterest
VK
WhatsApp
Previous articleWhat’s in your blunt? It may be TOO potent according to researchers.
Next articleRope Burns Won’t Heal With Your Knee On My Neck: The Uncomfortable Truth