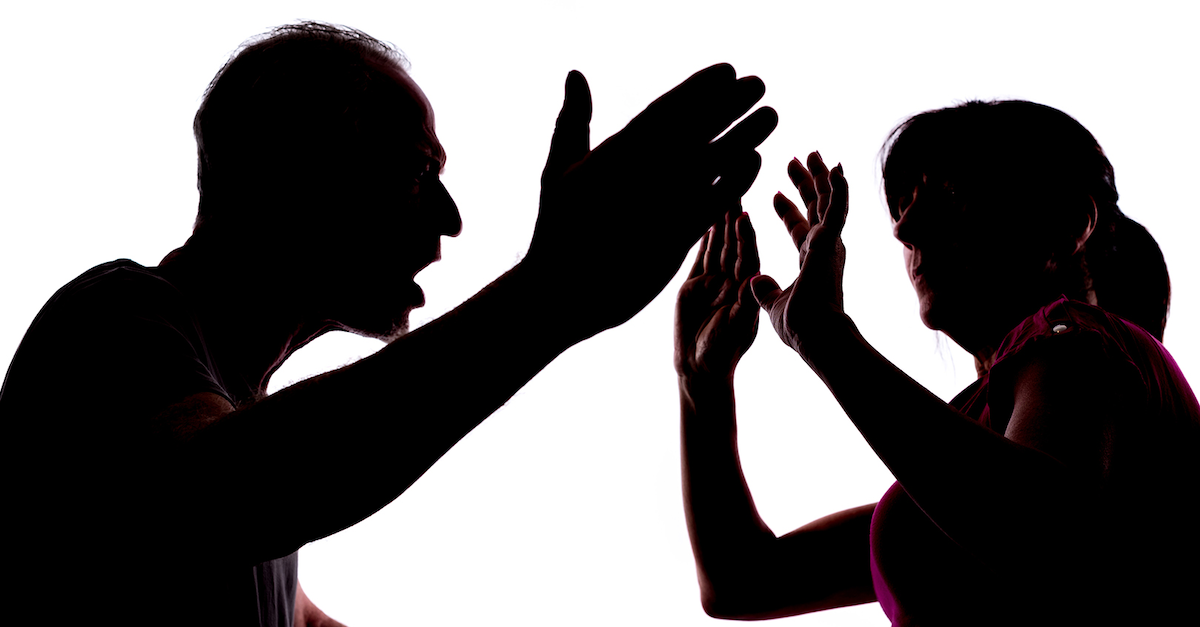 Three or more U.S. women are murdered every day by their current or former intimate partner.

That may in part be due to a failure of state laws to capture the full range of behavior that constitutes domestic abuse. The law continues to treat intimate partner violence like a bar fight – considering only what happened in a given incident and not all the prior abuse history, such as intimidation and entrapment.

Research shows, however, that domestic abuse is not about arguments, short tempers and violent tendencies. It’s about domination and control.

Men who kill their female partners usually dominate them first – sometimes without physical violence. Indeed, for 28% to 33% of victims, the homicide or attempted homicide was the first act of physical violence in the relationship.

Most state laws intended to protect people from violent partners and ex-partners do not account for this kind of behavior, which violence experts now call “coercive control.” Yet coercive control is nearly always at the core of what is usually called “domestic abuse” or “intimate partner violence.”

Some states are stepping up to incorporate coercive and controlling behavior, not just episodes of violence, into laws that protect victims. These laws make clear: Intimate partner abuse isn’t about just physical violence.

Abusers inflict these tactics on their partners over time in a variety of ways, ultimately reducing the victim’s ability to live as a free person. Survivors often say that the physical violence was not the worst part.

Forensic social worker Evan Stark’s landmark 2007 book, “Coercive Control: How Men Entrap Women in Personal Life,” set the stage for an outpouring of research and legislation on coercive control. Stark changed the conversation from “Why doesn’t she leave?” to “How can anyone survive this intimate torture?” and “How can society protect these victims?”

The concept has also entered popular culture through podcasts and television shows such as “Dirty John.”

I wrote the second book on coercive control, “Invisible Chains: Overcoming Coercive Control in Your Intimate Relationship.” I serve as an expert witness in legal cases in which coercive control might be present, and I research related topics.

Advocates for victims of domestic abuse say that new state legislation on coercive control could substantially change the way domestic abuse is handled by police and the courts. New laws would lead to more prosecutions before the control evolves into physical violence, or even homicide, they say.

And addressing coercive control is important not simply because it will reduce intimate partner homicides; one person should not be able to deny another basic freedom simply because they are married or in a relationship.

Helena Phillibert, director of legal services at the Rockland County New York Center for Safety, said in an interview I conducted: “Legislation against coercive control is critical to broadening the range of abusive behaviors recognized in the law. The advantages to victims and survivors are numerous but most significantly, legislation that recognizes coercive control necessarily expands the understanding of domestic violence beyond physical abuse.”

Since we know most mass killers are men who have also attacked family members, earlier intervention in domestic abuse may also reduce mass killings, making everyone safer.

In the past half-dozen years, new laws in the U.K. and elsewhere in Europe have established “coercive and controlling behavior” as a distinct and serious criminal offense, with maximum sentences extending from five years in prison in England to 15 years in Scotland.

In the U.S., about a half-dozen states now incorporate elements of coercive control into their civil and criminal orders of protection. These are court-issued orders that require a person to stop harassing or abusing someone else, and may bar all contact.

Another half-dozen new legislative proposals aim to establish and flag coercive control as an important factor in family court decisions on divorce, child custody and visitation.

California law SB-1141, which was passed in 2020, defines coercive control as a pattern of domestic violence that “unreasonably interferes with a person’s free will and personal liberty.”

The law also recommends against awarding child custody to a person who has perpetrated domestic violence, unless the abuser can prove that he or she is not a risk to a child.

Her bill includes “forced sex, sexual threats and threats to release sexualized images” as well as a section on vexatious litigation, which Kasser defines as “how abusers use the legal system to harass their victims, dragging them to court repeatedly to drain their resources and make them lose their jobs, homes, savings and sometimes their children.”

Kasser emphasizes that the Connecticut bill would also protect the children of an abused parent. The bill would establish the physical and emotional safety of the child as the first of 17 factors to be considered in custody decisions. The bill passed the Connecticut Judiciary Committee in April 2021 with bipartisan support and is awaiting further consideration and votes.

The New York State Senate’s proposed Bill 5650 would establish coercive control as a Class E felony, meaning that a person convicted of coercive control could serve up to four years in jail for the crime. This is more in line with the laws in the U.K. and some other European countries.

While it is still too early to know whether coercive-control laws will predominate in U.S. civil or criminal law, it seems pretty clear that times are changing. I believe victims of coercive-control partner abuse will soon have access to legal protections in many more states across the country.