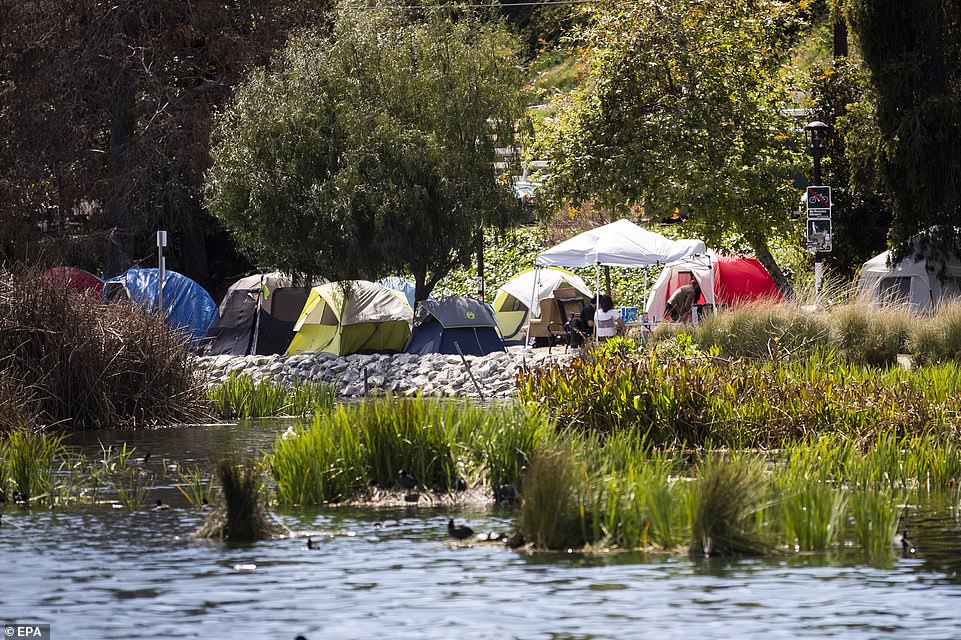 Los Angeles police declared an unlawful assembly and issued three dispersal orders as hundreds gathered at Echo Park Lake Wednesday night to protest plans by the city to clear the homeless encampment and shut down the park for repairs .-video

JADED:  Journalism with a Touch of Shade: Lashaun Turner

DO YOU REALLY WANT TO KEEP SPENDING YOUR TAX DOLLARS ON HOMELESS DRUG ADDICTS?

This isn’t my typical JADED Column entry, however, because I am so busy running Cali.FM I’m not able to write as much as I had hoped- this will have to do for now.

WE are giving these unhoused people vouchers for hotel rooms for up to 6 months- and people are protesting that the government/taxpayers are not giving them permanent housing. Well in 6 months you should be able to get yourself situated into temporary or permanent work and help YOURSELF uP! and the thing that gets to me- the 1st report I saw on this the homeless they interviewed was a young guy who able bodied walked up to the mic and a woman who was OBVIOUSLY a drug addict.

For Veterans and those who legitimately took a slide because of no fault of their own COOL- but they need to kick these druggies in the ass and out the park PERIODT. If they refuse to go to rehab then WHY should I care – but moreover HOW MANY MILLIONS do we throw at a situation that won’t change because people have the RIGHT to inject drugs or use drugs ..

Anyone testing positive for illicit drugs should not receive any further enabling through tax payers dollars .. We give them clean needles, 3 meals a day, tents, showers, hotels, and they still just spend their SSI on DOPE and they are still in the streets.

We need a DRUG ISLAND – a remote lush and fertile island where these people can go. With dorms, and all the accommodations needed so that bleeding hearts don’t feel bad for casting them out into the environment like the one they recreate wherever they pitch a tent. One that our children don’t have to compete in parks with, or step over their needles & poop etc.

Let them cook and feed themselves, grow or make their dope. The caveat- if you choose this life – stay here and inject a way- we are not going to help you, we are not going to run around with Narcan to keep you from overdosing. THIS is the LIFE they CHOOSE!

If someone wants to change they MUST go and COMPLETE rehab- I’d say give them 2 chances and then – that’s it! PERIODT. People come to California for the weather, the weed and the women. WAIT I heard that in a song- my bad, they come here because California Liberals will give you nice new needles- a tent with a shower or tiny home and feed you 3 meals a day OFF Tax Payers Dollars, and people will protest to keep you at your lake home or for the Tax Payer to buy you a new home that you can smoke off.. 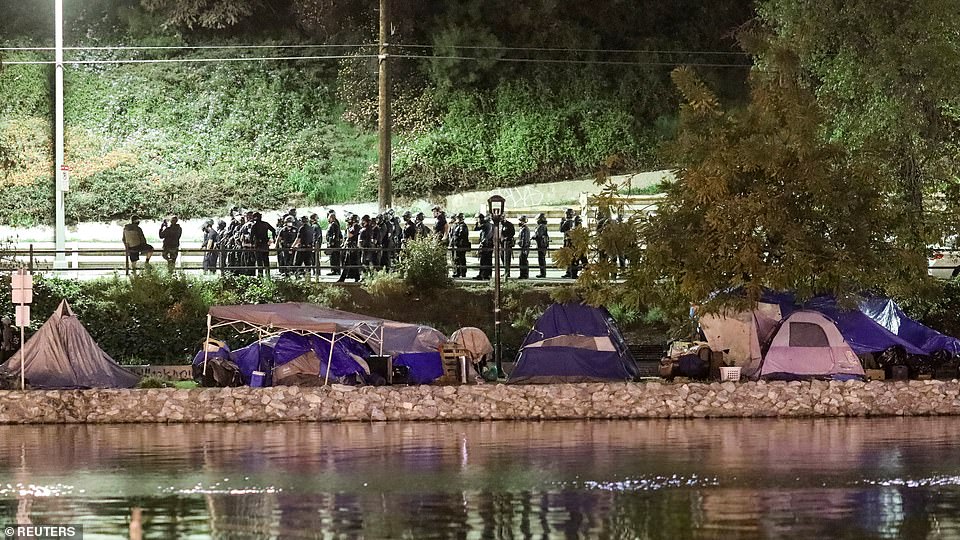 Housing shortage my ass- people are living their best life- flying HIGH. They don’t want to follow the rules and we are enabling them.

I was in Los Angeles last week and just visually noticed a lot of homeless Latino/Mexican individuals. I have a theory that intersects the Immigration problem and hope to express myself more later. For now- hope the people that were removed make something of the opportunity of vouchers etc. And the protesters should take some of the drug addicts home with them.. IJS

It’s a record that no one wanted to see broken, except perhaps oil companies and gas station owners. Gasolin...

As the political parties battle over the plight of illegal refugees who are flooding into our country across the ...