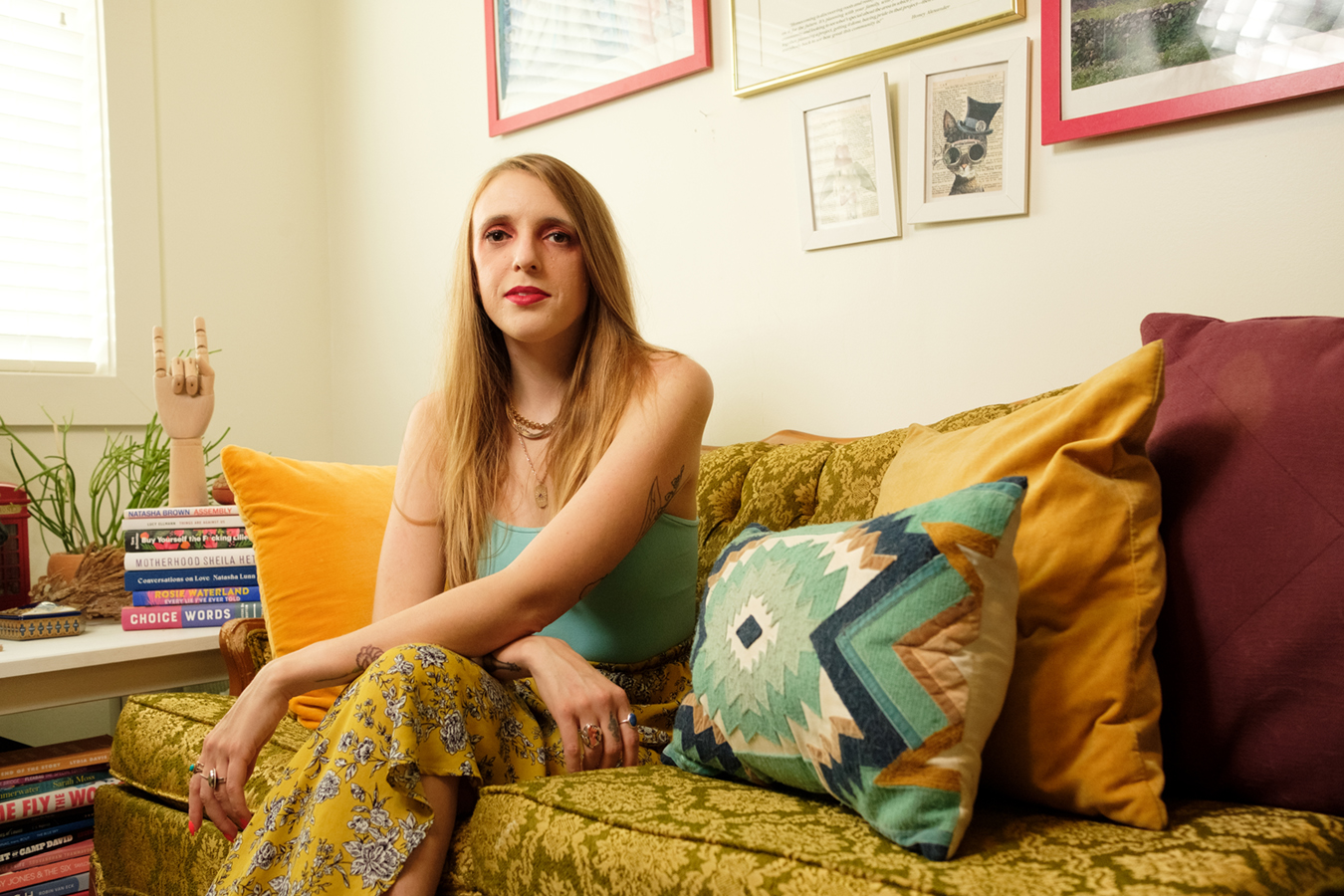 MEMPHIS, Tenn. — Just a quick walk through the parking lot of Choices-Memphis Center for Reproductive Health in this legendary music mecca speaks volumes about access to abortion in the American South. Parked alongside the polished SUVs and weathered sedans with Tennessee license plates are cars from Mississippi, Arkansas, Florida and, on many days, Alabama, Georgia and Texas.

Choices is one of two abortion clinics in the Memphis metro area, with a population of 1.3 million. While that might seem a surprisingly limited number of options for women seeking a commonplace medical procedure, it represents a wealth of access compared with Mississippi, which has one abortion clinic for the entire state of 3 million people.

A tsunami of restrictive abortion regulations enacted by Republican-led legislatures and governors across the South have sent women who want or need an early end to a pregnancy fleeing in all directions, making long drives or plane trips across state lines to find safe, professional services. For many women, that also requires taking time off work, arranging child care and finding transportation and lodging, sharply increasing the anxiety, expense and logistical complications of what is often a profoundly difficult moment in a woman’s life.

“Especially for women coming from long distances, child care is the biggest thing,” said Sue Burbano, a patient educator and financial assistance coordinator at Choices. “They’re coming all the way from Oxford, Mississippi, or Jackson. This is a three-day ordeal. I can just see how exhausted they are.”

The long drives and wait times could soon spread to other states, as the U.S. Supreme Court prepares this fall to consider a Mississippi ban on nearly all abortions after 15 weeks of pregnancy, with no allowances for cases of rape or incest. Under a law enacted in 2018 by the Republican-led legislature, a woman could obtain a legal abortion only if the pregnancy threatens her life or would cause an “irreversible impairment of a major bodily function.”

Mississippi’s ban was promptly challenged by abortion rights activists and put on hold as a series of lower courts have deemed it unconstitutional under the Supreme Court’s landmark Roe v. Wade decision. That 1973 ruling, in concert with subsequent federal case law, forbids states from banning abortions before “fetal viability,” the point at which a fetus can survive outside the womb, or about 24 weeks into pregnancy.

Tennessee, Texas, Mississippi and several other states have since passed laws that would ban abortions after six weeks. That legislation is also on hold pending legal review.

Groups opposed to abortion rights have cheered the court’s decision to hear the Mississippi case, believing the addition of Justice Amy Coney Barrett gives the court’s conservative bloc enough votes to overturn Roe, or at least vastly expand the authority of individual states to restrict abortion.

But, for supporters of reproductive rights, anything but a firm rejection of the Mississippi ban raises the specter of an even larger expanse of abortion service deserts. Abortion could quickly become illegal in 21 states — including nearly the entire South, the Dakotas and other stretches of the Midwest — should the court rescind the principle that a woman’s right to privacy protects pregnancy decisions.

“If we end up with any kind of decision that goes back to being a states’ rights issue, the entire South is in a very bad way,” said Jennifer Pepper, executive director of Choices in Memphis.

The decades-long strategy by conservative white evangelical Christians to chip away at abortion access state by state has flourished in the South, where hard-right Republicans hold a decisive advantage in state legislatures and nearly all executive chambers.

Though details vary by state, the rules governing abortion providers tend to hit similar notes. Among them are requirements that women seeking abortions, even via an abortion pill, submit to invasive vaginal ultrasounds; mandatory waiting periods of 48 hours between the initial consultation with a provider and the abortion; and complex rules for licensing physicians and technicians and disposing of fetal remains. Some states insist that abortion providers require women to listen to a fetal heartbeat; other providers have been unable to obtain admitting privileges at local hospitals.

“Everything is hard down here,” said Pepper.

The rules also have made some doctors reluctant to perform the procedure. While obstetricians and gynecologists in California, New York, Illinois and elsewhere routinely perform abortions at their medical offices — the same practices where they care for women through pregnancy and delivery — their peers in many Southern states who perform more than a small number of abortions a year must register their practices as abortion clinics. None has done so.

Texas offers an example of how targeted legislation can disrupt a patient’s search for medical care. In 2012, 762 Texans went out of state for abortions, according to researchers at the University of Texas-Austin. Two years later, after then-Gov. Rick Perry signed into law the nation’s most restrictive abortion bill, shuttering about half the state’s abortion facilities, 1,673 women left Texas to seek services. In 2016, 1,800 did so.

Similarly, in March 2020, as the coronavirus pandemic took hold, Gov. Greg Abbott issued an order prohibiting all abortions unless the woman’s life was in danger, deeming the procedure “not medically necessary.” The month before the order, about 150 Texans went out of state to seek abortion services. In March and April, with the order in effect, nearly 950 women sought care outside Texas.

There can also be an unsettling stigma in some parts of the South.

Vikki Brown, 33, who works in education in New Orleans, said she initially tried to end her pregnancy in Louisiana, calling her gynecologist for advice, and was told by a receptionist that she was “disgusted” by the request.

She sought out the lone abortion clinic operating in New Orleans but found it besieged with both protesters and patients. “I knew but didn’t understand how difficult it was to get care,” said Brown, who moved to Louisiana in 2010 from New York City. “The clinic was absolutely full. People were sitting on the floor. It was swamped.” It took her six hours to get an ultrasound, which cost $150, she said.

A friend in Washington, D.C., counseled Brown that “it didn’t have to be like that” and the pair researched clinics in the nation’s capital. She flew to Washington, where she was able to get an abortion the same day and for less than it would have cost her in New Orleans, even including airfare.

“No protesters, no waiting period,” she said. “It was a wildly different experience.”

Atlanta, a Southern transportation hub, has also become a key piece in the frayed quilt of abortion care in the region.

These visits often involve long drives or flights, but rarely overnight stays because the state-mandated 24-hour waiting period can begin with a phone consultation rather than an in-person visit. Georgia has many of the same laws other states employ to make clinical operations more burdensome — requirements to cremate fetal remains, for instance, and that abortion providers adhere to the onerous building standards set for outpatient surgical centers — but its urban clinics so far have weathered the strategies.

Jackson said staffers at her clinic are aware of its role as a refuge. “We’ve had patients who were able to get a ride from Alabama, but they weren’t able to get a ride home,” she said. “We had to help them find a ride home. It is so much simpler to go 3 or 4 miles from your home and sleep in your bed at night. That is a luxury that so many of our patients can’t enjoy.”

Many women embarking on a search for a safe abortion are also confronting serious expenses. State Medicaid programs in the South do not pay for abortions, and many private insurers refuse to cover the procedure. In addition, the longer a woman’s abortion is delayed, the more expensive the procedure becomes.

Becca Turchanik, a 32-year-old account manager for a robotics company in Nashville, Tennessee, drove four hours to Atlanta for her abortion in 2019. “We got an appointment in Georgia because that was the only place that had appointments,” she said.

Turchanik said her employer’s health insurance would not cover abortion, and the cost of gas, food, medications and the procedure itself totaled $1,100. Her solution? Take on debt. “I took out a Speedy Cash loan,” she said.

Turchanik had a contraceptive implant when she learned she was six weeks pregnant. She said she was in an unhealthy relationship with a man she discovered to be dishonest, and she decided to end her pregnancy.

“I wish I had a child, but I’m glad it wasn’t his child,” she said. “I have accomplished so much since my abortion. I’m going to make my life better.”

But the emotions of the ordeal have stayed with her. She’s angry that she had to call around from state to state in a panic, and that she was unable to have her abortion close to home, with friends to comfort her.

Access Reproductive Care-Southeast, an abortion fund based in Atlanta, has trained over 130 volunteers who pick women up at bus stations, host them at their homes and provide child care. A study published this year in the International Journal of Environmental Research and Public Health examined 10,000 cases of women seeking assistance from ARC-Southeast: 81% were Black, 77% were uninsured or publicly insured, 77% had at least one child, and 58% identified as Christian.

“It’s amazing to see the scope of the people we work with,” said Oriaku Njoku, ARC-Southeast’s co-founder. “The post-Roe reality that y’all are afraid of is the lived reality for folks today in the South.”

A Texas law targets precisely this kind of help, allowing such organizations or individuals to be sued by anyone in the state for helping a woman get an abortion. It could go into effect Sept. 1, though abortion rights advocates are suing to stop the new law.

Despite the controversy surrounding abortion, Choices makes no effort to hide its mission. The modern lime-green building announces itself to its Memphis neighborhood, and the waiting room is artfully decorated, offering services beyond abortion, including delivery of babies and midwifery.

Like other clinics in the South, Choices has to abide by state laws that many abortion supporters find onerous and intrusive, including performing transvaginal ultrasounds and showing the women seeking abortions images from those ultrasounds.

Nonetheless, the clinic is booked full most days with patients from almost all of the eight states that touch Tennessee, a slender handsaw-shaped state that stretches across much of the Deep South. And Katy Deaton, a nurse at the facility, said few women change their minds.

“They’ve put a lot of thought into this hard decision already,” she said. “I don’t think it changes the fact that they’re getting an abortion. But it definitely makes their life harder.”

What is a breakthrough infection? 6 questions answered about catching COVID-19 after vaccination