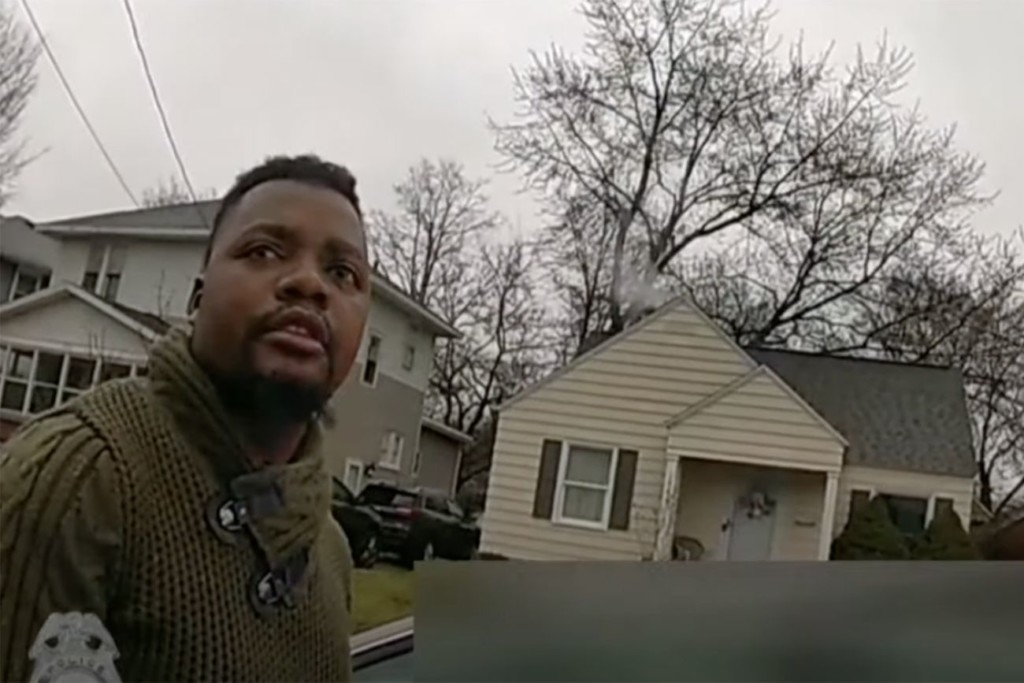 Civil Rights Attorney Ben Crump is representing the family of Patrick Lyoya, a 26-year-old Black man who was shot in the head after struggling with a police officer.

What Happened To Patrick Lyoya

On April 4, 2022, in Grand Rapids Michigan, Patrick Lyoya was pulled over in a traffic stop due to an inconsistency in the license plates of the vehicle he was driving.

The body-cam video showed Lyoya getting out of the car, talking with the officer briefly, and then failing to follow instructions being given to him by the officer.

The situation escalated when Lyoya attempted to run away. A short chase ensued and then the officer struggled to get Lyoya under control.

The officer appears to unsuccessfully use a taser. As both were on the ground in what appears to be an exhaustive struggle, Lyoya gets his hand on the taser. The officer tells him to let it go multiple times.

Lyoya continues to defy the officers instructions. At some point while both men are on the ground struggling, the officer shoots Lyoya and kills him.

When can police use lethal force?

In most jurisdictions, the use of deadly force is justified only under conditions of extreme necessity as a last resort, when all lesser means have failed or cannot reasonably be employed.

Critics of this incident feel even though Lyoya failed to comply with any of the officers instructions and did seemingly have the officer’s taser in his hand at one point, critics argue Lyoya should not have lost his life over what started out as a traffic stop.

Lyoya’s family have called it an “execution”.

Civil Rights attorney Ben Crump is representing Lyoya’s family and has said the video footage “clearly shows that this was an unnecessary, excessive, and fatal use of force against an unarmed Black man who was confused by the encounter and terrified for his life.

In the Black community Ben Crump’s reputation for representing the families of Black men and women who are shot and killed by police is legendary.

In 2020–2021, Crump became the attorney for the families of Ahmaud Arbery, Breonna Taylor, George Floyd, Jacob Blake, and Daunte Wright.

Crump has been referred to as “Black America’s Attorney General. I have given him many props for taking on cases and his dedication in protecting our civil rights against police brutality.

For all the good Crump has done and is doing, I think it’s time that he and Black Lives Matter use their influence to emphasize Black men and women comply with officers when they encounter police in these situations in the first place.

Why didn’t Lyoya stay in the vehicle? If something was amiss with the plate, he could have taken his ticket and gone to court. Why did he run? Why did he try to get the officers taser? The family says Lyoya was scared and confused.

As a Black woman with adult sons, I know that we must have conversation and educate our men on how to survive their interactions with police. Get Home Safely: 10 Rules of Survival

If you did something wrong and get caught comply, go to court, pay your fine or do your time and come out alive. If you didn’t do anything wrong and feel you have been harassed, comply, and live to sue the officer.

Who is at fault?

Crump blames the police officer for escalating the situation when it would appear it may have been Lyola who took the traffic stop in a fatal direction by non-compliance, attempting to evade, fighting the officer, and finally grabbing for the officers taser.

The question that the investigation will need to answer is- was the officer justified in using lethal force- was he legitimately afraid for his life, was his life really in danger?

I have shared my opinions of certain police involved shootings previously, and, sometimes individuals own actions lead to unfortunate outcomes. If Lyola would have complied, he would most likely be alive today.

This has solely been my JADED opinion, leave yours in the comments below!