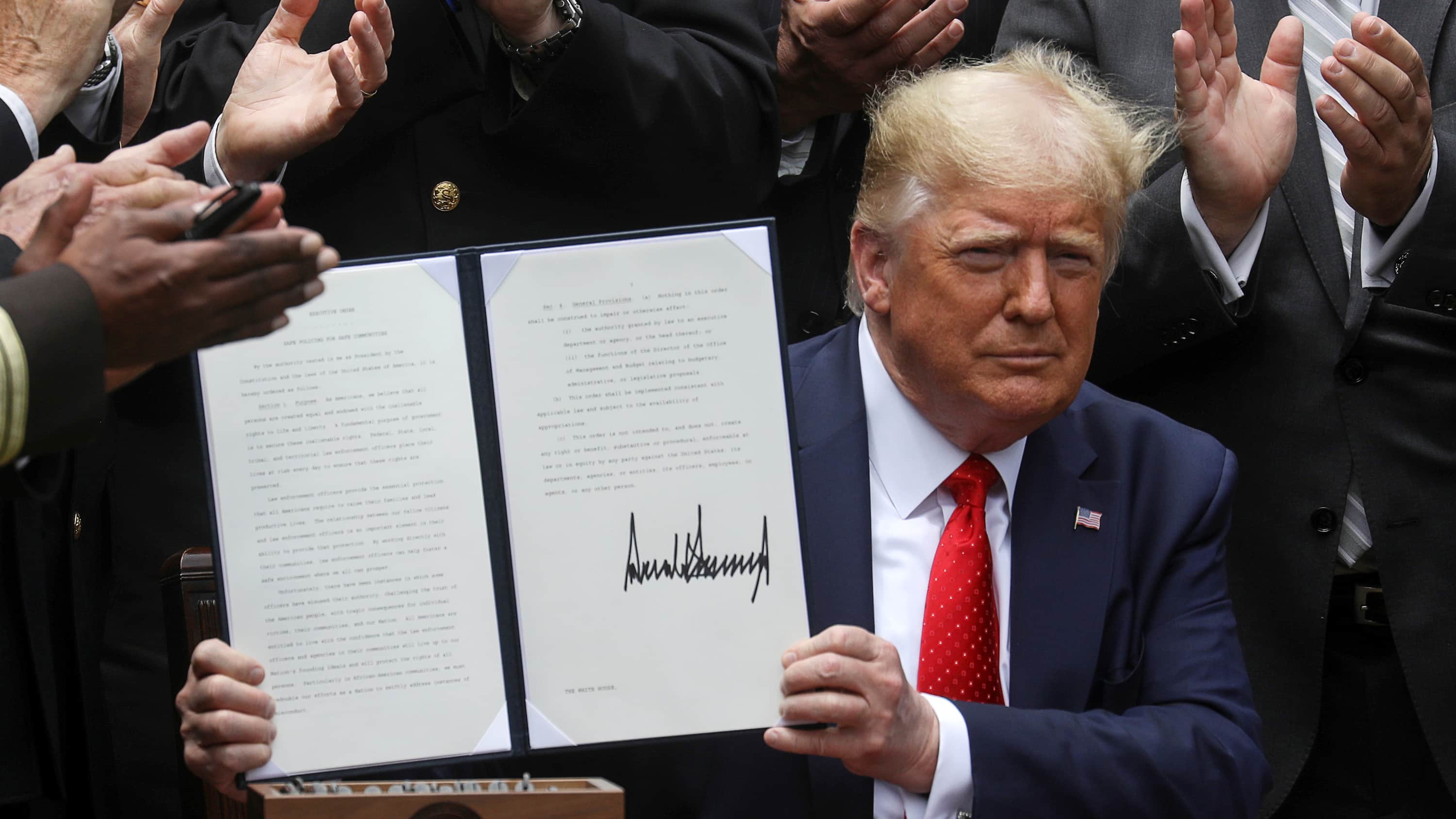 President Donald Trump signed an executive order on policing today as nationwide protests over the deaths of George Floyd, Breonna Taylor, Rayshard Brooks and other Black people at the hands of law enforcement officers. “Today is about pursuing common sense and fighting, fighting for a cause like we seldom get the chance to fight for,” Trump said. “We have to find common ground.”

The executive order would set standards “as high and as strong as there is on Earth” on the use of force, and that he would prioritize federal grants to police departments that met those standards.

The order would use federal grant money to encourage police departments to meet a set of standards, including a ban on choke holds except when an officer’s life is at risk, the president said. The president’s order would also create a national database on excessive force complaints and would encourage the involvement of mental health professionals when responding to nonviolent cases, like those involving addiction, homelessness and mental illness.

Trump met with the families of several Black Americans killed in interactions with police before his White House signing ceremony, and said he grieved for the lives lost and families devastated. But then he quickly shifted his tone and devoted most of his public remarks to a need to respect and support “the brave men and women in blue who police our streets and keep us safe.” He characterized the officers who have used excessive force as a “tiny” number of outliers among “trustworthy” police ranks.”Reducing crime and raising standards are not opposite goals,”  the president rejected calls from some activists to defund police departments, saying doing so would be antithetical to upholding law and order.