‘Sex addiction’ isn’t a justification for killing, or really an addiction 3/20/21

It reflects a person's own moral misgivings about sex. 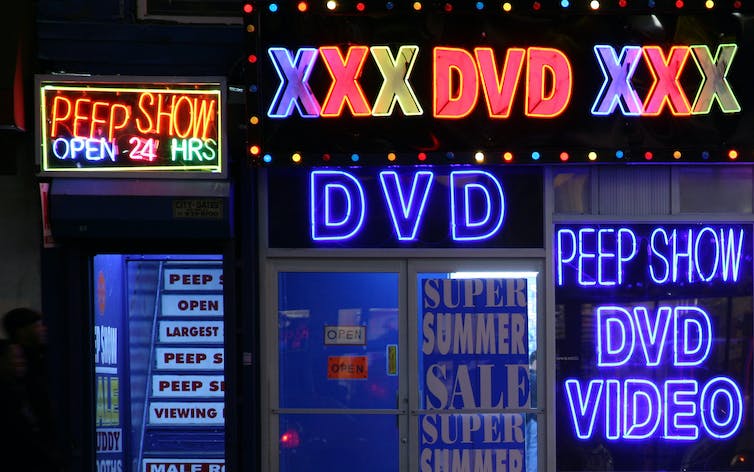 A 21-year-old white man is alleged to have entered three different spas in the greater Atlanta area on March 16 and shot dead eight people, six of whom were Asian women. The following day, Cherokee County sheriff’s officials announced what the suspect blamed as a possible motive for the killings: sex addiction.

The alleged shooter has been described as a devoutly conservative evangelical Christian who had, according to numerous reports, been struggling to control his sexual behaviors. Law enforcement officials said the suspect claimed to have been dealing with a sex addiction and ultimately killed as a way to “eliminate” the “temptation” he felt these women posed.

Right now, there is no diagnosis of “sex addiction” in any diagnostic manual that psychologists consult when working with patients. It’s not a recognized disorder in the mental health community. This may come as a surprise to some, as many people do believe that sex can be addictive.

Without terming the problem an addiction, mental health practitioners do, of course, recognize that out-of-control sexual behaviors can be a real problem for individuals. Recently, the World Health Organization announced that the latest edition of its “International Classification of Diseases” will include a new diagnosis of compulsive sexual behavior disorder.

Compulsive sexual behavior disorder is the only diagnosis in over 55,000 total diagnoses in the WHO manual to include a special caveat. At the very end of the disorder’s description, there’s a note cautioning that “distress that is entirely related to moral judgments and disapproval about sexual impulses, urges, or behaviors is not enough to meet this requirement.”

In other words, feeling distressed about behaving in sexual ways that you find morally wrong is not sufficient for a diagnosis of this new disorder. That’s a very important caveat because, based on my research, it’s moral distress about sex behaviors that commonly triggers people to believe they have a sex addiction.

What feeds a self-diagnosis of ‘sex addiction’?

In the U.S. in particular, many studies have clearly shown that more religious people, people from more strict religious backgrounds and people who morally disapprove of their own sexual behaviors are much more likely to interpret those behaviors as an addiction.

What’s surprising is there’s also a lot of evidence that these same people are actually less likely to do things like watch pornography or have sex outside of marital relationships. My colleagues and I have found that more religiously devout people simultaneously report less use of pornography while also reporting greater addiction to pornography.

My colleagues and I call this disconnect between beliefs and behavior “moral incongruence.” It turns out to be a powerful predictor of whether someone thinks they have a sex addiction.

To be clear, the distress that people may feel when they fall short of their morals is undoubtedly real and profound. However, much of this distress is likely the result of guilt and shame rather than a true addiction.

In the case of the Georgia shooter, there is simply not yet enough information to determine whether he had an out-of-control pattern of sexual behavior, whether he was morally distressed over his behavior, or whether it was both. Frankly, those distinctions are not that important to understanding what happened.

Compulsive sexual behavior disorder and moral incongruence are both real problems that can lead to relationship conflict, depression, anxiety and other consequences. But they are not excuses for violence, murder or hate crimes – nothing is. If recent estimates are correct, there are millions of Americans who are concerned that their sexual behaviors might be out of control.

Yet the Atlanta suspect chose to do something that these millions of other Americans have not, allegedly targeting and killing women he viewed as “a temptation.” This choice on his part is not in any way attributable to whether he had a sexual addiction, whether he felt moral incongruence about his sexual behaviors or whether he was having a bad day.

‘Sex addiction’ isn’t a justification for killing, or really an addiction.. by:

Atlanta Police: Shooting Suspect May Have ‘Sexual Addiction’, Too Early To Say If It Was Hate Crime