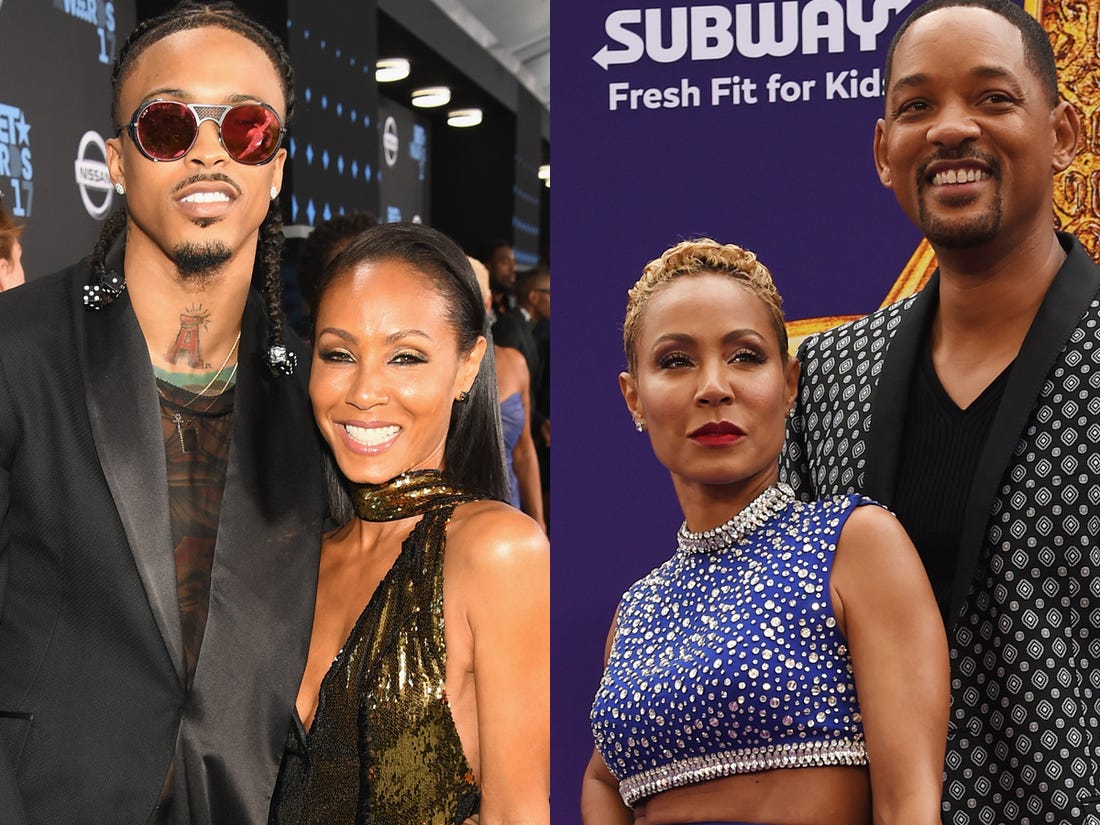 “The definition of entanglement is when you tangle in the sheets,” Alsina sings on the new track, called “Entanglements” with rapper Rick Ross.
The song alludes to the term Jada Pinkett Smith used to describe her relationship with Alsina.

On June 30, 2020, singer August Alsina claimed that he and Jada Pinkett Smith were involved in a relationship, with Will Smith’s permission. A spokesperson for Pinkett Smith denied the claims, saying they were “absolutely not true”. On July 10, during an episode of Red Table Talk featuring Will Smith, Pinkett Smith confirmed an “entanglement” with Alsina during her separation from Will, although not with Will’s permission.

Jada said Alsina misconstrued it as permission because she and Will were “separated amicably”. Pinkett Smith further claimed she wanted to “heal” Alsina, but needed to find healing for herself first. She eventually got back with Will after breaking things off with Alsina and stated she has not spoken to him since.

After Jada’s use of the word “entanglement” went viral on the Internet, Alsina released a collaboration titled “Entanglements” with rapper Rick Ross on July 19, 2020, in which Alsina sings “You left your man just to f— with me and break his heart”.