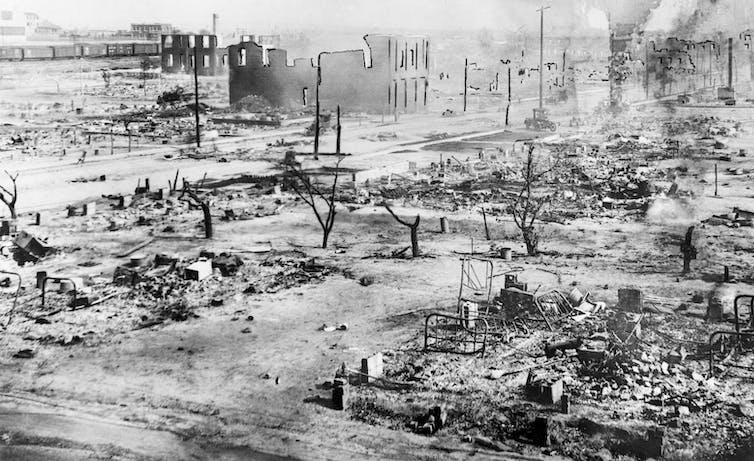 Still, these discussions in Congress come on the heels of millions of Americans calling for change.

The demonstrations that followed George Floyd’s death belonged to a broader effort to reckon with white violence and discrimination in U.S. life.

The historical roots of our contemporary racial injustice were documented in the 1619 Project, a New York Times undertaking that reexamined the legacy of slavery in the U.S. This year’s widespread commemoration of the Tulsa Race Massacre of 1921 also contributed to this moment of racial reckoning.

As a scholar of African American history, I believe that doing so can uncover the roots of our current challenges – from what children learn in school to how Americans are treated as they drive a car – and help us chart a better path forward.

Legacy of violence and discrimination

The racial ethic that has endured for centuries in America was made plain in the 1852 Supreme Court ruling Dred Scott v. Sandford, which determined that Black Americans were not American citizens and could not sue in federal court. This decision helped cement white supremacy in American legal and social life.

Following the Civil War, a Republican Congress seemed to make progress for American civil rights with the passage of the 13th amendment, which abolished slavery. Congress attempted to guarantee equal protection under the law for all Americans with the 14th amendment.

And Congress passed the 15th Amendment, which ruled that the right to vote shall not be denied on account of race.

Additionally, Congress passed two Civil Rights Acts in 1866 and 1875. These laws and amendments, passed during the period of Reconstruction, were intended to provide the full benefits of citizenship for African Americans.

But the legacy of Dred Scott endured. In 1883, the Supreme Court struck down the Civil Rights Acts in a series of decisions and opened the way for public and private entities to refuse service and accommodation to Black Americans. These decisions were the precursor to the 1896 Plessy v. Ferguson decision that made “separate but equal” the law of the land, legalizing segregation.

The Plessy decision was not simply about relegating Black Americans to separate water fountains and toilets. It invalidated Black Americans’ equal protection under the law, a move that subjected African American communities to horrific consequences.

In the summer of 1919, what’s known as the “Red Summer,” the blood of Black Americans flowed in the streets of American cities as Black people and their property endured violent assault, with no protection from the law.

This white mob violence was a response to African Americans seeking wartime jobs in Northern and Midwestern cities during the Great Migration. That’s when millions of African Americans moved from the Southern countryside to urban areas nationwide, escaping horrific discrimination, lynchings and the terror of the Ku Klux Klan.

In 1944, the court’s Smith v. Allwright decision ended the exclusionary “white primary” that had prevented Black Americans from voting across the South. And the high court made segregation in schools illegal in 1954’s Brown V. Topeka Board of Education. 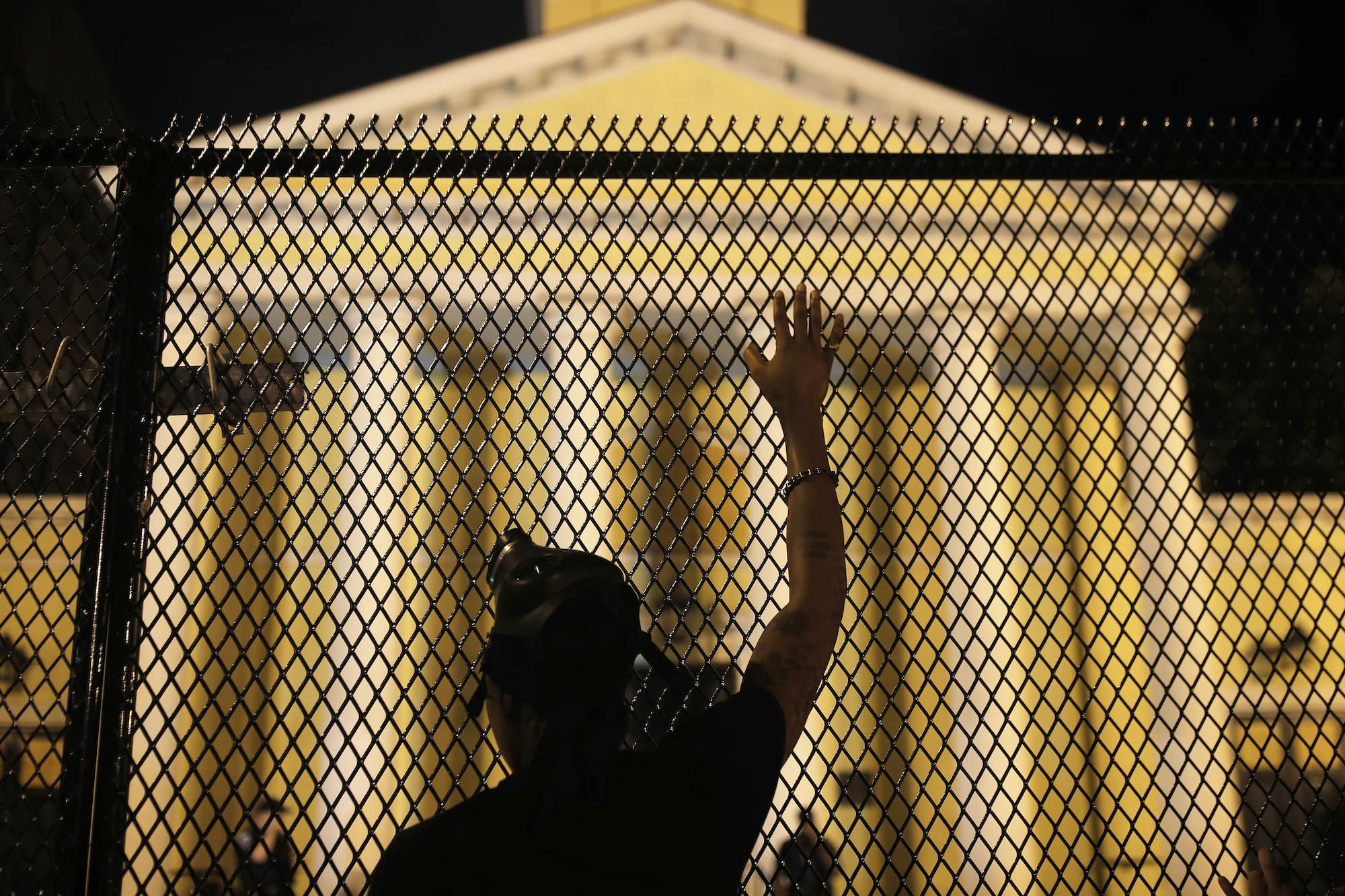 Yet, after the Allwright case, Black Americans still could not vote across the South as the law went unenforced.

And the Supreme Court’s ruling in Brown was met with “massive resistance” by lawmakers, ultimately requiring a second Supreme Court decision – Brown II – and an act of Congress – the Civil Rights Act of 1964 – to end lawful segregation in the United States.

Yet 60 years after Brown, the Economic Policy Institute, a nonpartisan think tank, reported that Black youth are twice as likely to attend segregated, high-poverty schools as their white counterparts.

In 2013, the Supreme Court removed the heart of the Voting Rights Act, allowing nine states with a history of race-based voting restrictions to change their election laws without prior federal approval.

And in July 2021, the court upheld an Arizona law that disqualifies ballots of those who vote in the wrong precinct – a decision that challengers say will make it harder for minority populations to vote.

Finally, despite the Fair Housing Act of 1968, Black Americans were victims of systematic predatory mortgage lending in the years leading up to the 2008 financial crisis. Non-white homeowners were overcharged for mortgage fees and subjected to long-term financial risks, such as monthly payments that get more expensive over time.

In the wake of the Great Recession, lawsuits revealed the depth of this housing problem: Countrywide Financial Corporation charged African American and Latino borrowers higher fees for subprime loans, resulting in a US$335 million fine from the Department of Justice.

This violation of civil rights, among others, led to the passage of the Dodd-Frank Act in 2010, which outlawed such predatory lending practices.

But no law yet has created the equality enshrined in the nation’s founding documents.

Indeed, the challenging lesson from our history is that a deep well of strength and resilience are required for the long struggle to make equity and equality under the law a reality in the United States.

What America’s social justice activists can learn from past movements for civil rights AUTHOR: 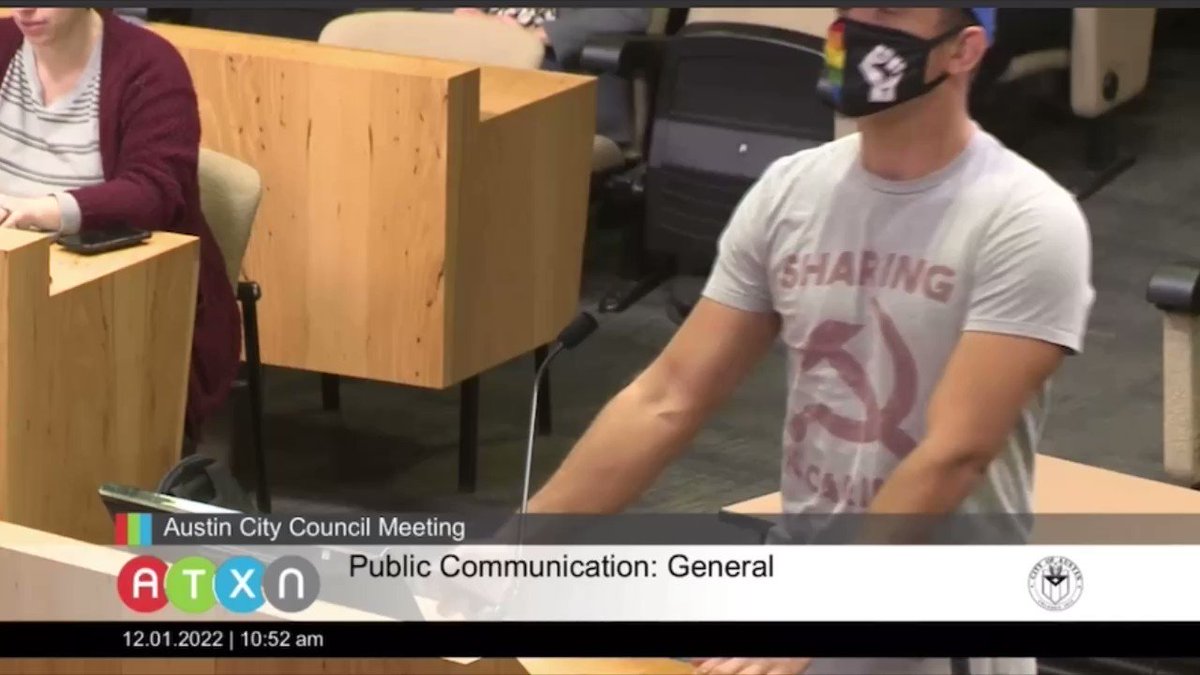 Third D.C. Police Officer Who Responded To Capitol Riot Has Died By Suicide 8/4/21