The numbers behind America’s 180 on athlete activism 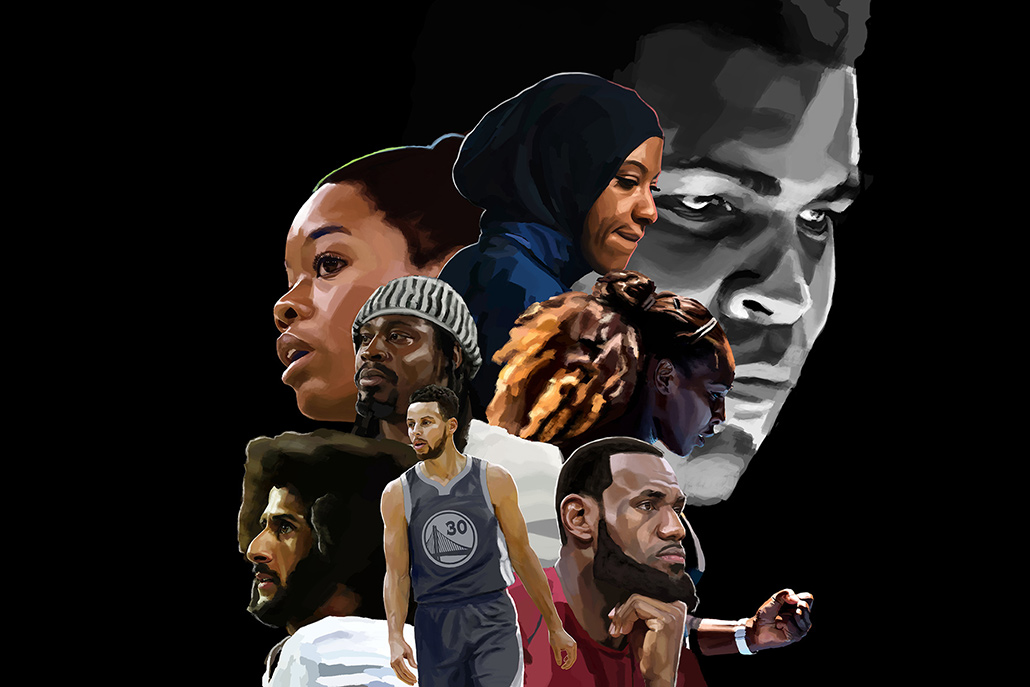 For 50 dormant years – roughly, the period between Muhammad Ali’s heyday and the Miami Heat donning hoodies after Trayvon Martin’s murder – athletes, as a general rule, steered clear of politics.

Teams and leagues liked it that way, as did sponsors. Why take a stand if it might cost you a customer?

In a national survey conducted in 2016, after Colin Kaepernick first took a knee during the national anthem to protest police brutality, my colleague Emily Thorson and I found that half of all American sports fans agreed with the statement that “sports and politics should not mix.” Only 20% supported activism, while the remaining 30% didn’t commit either way.

The reasons expressed for their reticence included, chiefly, a belief that athletes wield dangerous influence over gullible fans.

Four years later – and in the wake of this summer’s massive Black Lives Matter protests, followed by a cascade of canceled NBA playoff games after Jacob Blake’s shooting – those attitudes have dramatically shifted. Last month, Nielsen found that 70% of American sports fans actually want teams and leagues to support athlete activism. A similar majority expect athletes to be involved with the movement for racial justice, believing that athletes possess “important influence” over social change.

Nielsen credits Kaepernick for the change in public opinion, even though the knee he took likely cost him his career as an NFL quarterback.

It has always been folly to believe that sports were somehow separate from issues of power and politics, despite the best efforts of owners, sponsors, broadcasters and athletes to maintain that façade. Sports delivers powerful ideological messages on issues ranging from economic inequality to militarism to traditional gender roles. But those involved in the business of sports have long assumed that audiences just want entertainment and escapism – a respite from all the controversy and polarization elsewhere in the news.

If Kaepernick created a crack in that façade, then the athlete activism spurred by the wider Black Lives Matter protests over the summer might be causing it to crumble. This weekend, when the NFL kicked off its full slate of Sunday games, players and teams protested in a variety of ways. Some kneeled during the anthem. Others scrawled messages on their cleats. Six teams stayed in the locker room during the playing of the anthem.

The guardians and guardrails that have misguidedly bracketed politics from sports – and that, even until earlier this year, had martyred Kaepernick as a professional pariah – are being obliterated. Athletes are freer, and perhaps even expected, to be political role models in a way that a young Charles Barkley – who, in a 1993 ad, claimed he “was not a role model” – might have shrugged off.

This would be cause for celebration, were it not for a bracing lament expressed by New England Patriots safety Devin McCourty.

“If we don’t practice one day and go back to practicing the next day, I don’t know what that really accomplishes,” he told The Boston Globe in late August. “I know we could take a whole day off and we could talk about a whole bunch of different things. It just hasn’t mattered.”

But McCourty’s hopelessness suggests a frustrating limit to the potential of symbolism. Can boycotting, kneeling or painting a slogan on a playing field reform policing practice? Professional athletes have long been told, as LeBron James was, to “shut up and dribble.”

With many fans now having their back, those stars – whether it’s through speaking or sitting out – will discover what leverage they actually have.

[Get facts about coronavirus and the latest research. Sign up for The Conversation’s newsletter.]